Fine Art for the People! 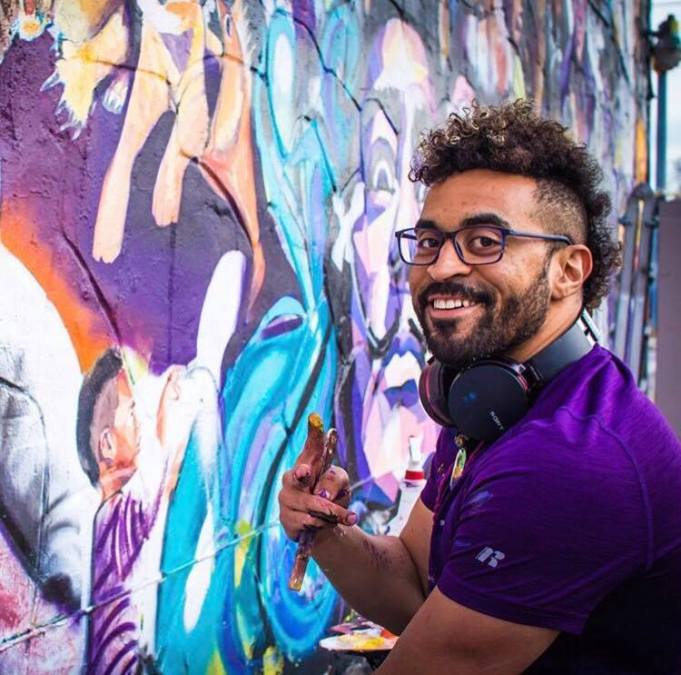 If you’ve seen his work – and if you’ve driven east Austin, you have – you’d think Chris Rogers was a lifelong Austinite; but amazingly, he’s only been with us six years. Many of his local murals have captured the essence of east Austin life and history, one of which inspired an uproar when it was painted over in May, 2017 – with eastside preservation group, Six Square Austin, coming to the rescue to negotiate a new mural by Rogers in that spot.

While hailed for his urban/street artist credentials (“Best Street Artist,” Austin Chronicle, 2015), many art critics are finally seeing the lines as blurred between street and fine art. Chris further erases that blur.

The Pecan Street Association is honored to host Chris as our featured artist this fall festival. Stop by the PSA booth for the poster or t-shirt, and next to it, Chris’ booth! (Sixth St. and Trinity). 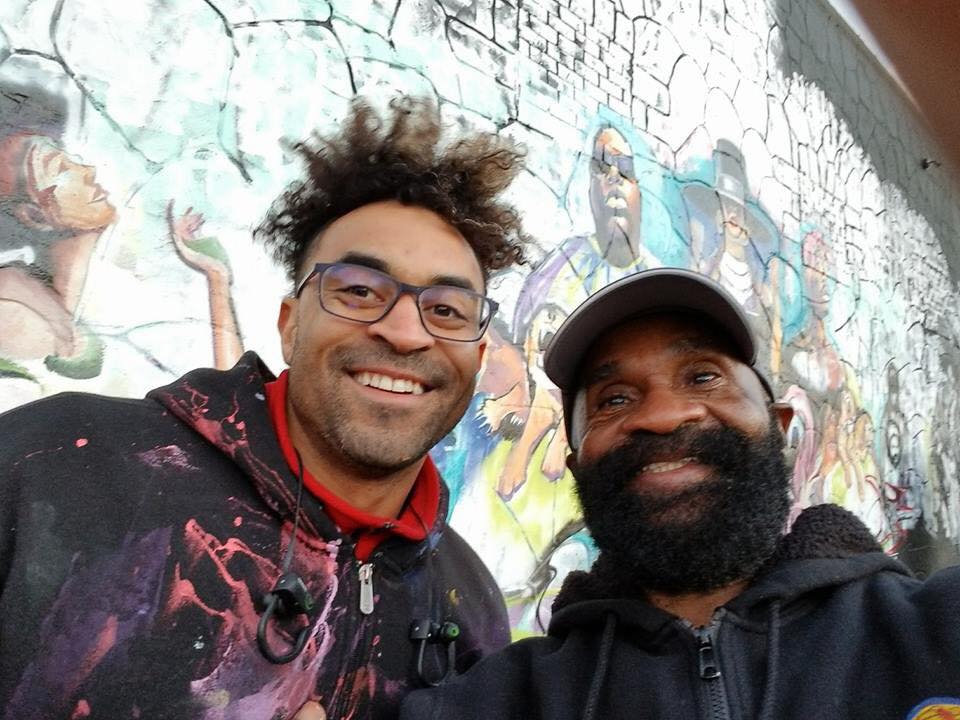 When I arrived in Austin six years ago in my grandfather’s 92’ Lincoln town-car and $1500 to my name, I had no bearings on the city and hardly knew a soul. I moved from my hometown of Hilton Head, SC to Austin to be enveloped by other creatives.  Passion is contagious, and I knew that I couldn’t fuel my own flame. Music, especially, has always been a catalyst for my creativity. Live painting in concert with musicians is a favorite for me, and the first place that I did that in Austin was on S. Congress. That was where I set my easel up for the first time in Austin.

My art has always reflected my environment.  Portraiture work is big focus for me because I love the human form and enjoy capturing in any number of fashions. Impressionism, surrealism, and neo-cubism are s few of my favorite focuses. Having grown up on the lush Carolina coastlines, landscapes and seascapes are big part of repertoire, and something that I wanted to bring with me and further cultivate in Texas.

It’s been a slow, but steady gathering of momentum for me as I’ve had the opportunity to share my art with the city through various murals, exhibitions, and live events. Austin completely exceeded my already high expectations. Over the last six years, I’ve had the honor of meeting and collaborating with so many amazing creatives. Through these channels, I’ve received so much inspiration, and an immense amount of love and support, much more than I could have hoped for. Having been honored with being this fall’s Pecan Street Festival’s “featured artist” is no exception.