Advancing Art & Culture for Over a Century!

For a combined 106 years of hard work in downtown Austin; investment, sacrifice, curation, community-building, activism and not to mention 10s of 1000s of skillets of migas, three amazing women stood out equally as the Pecan Street Association’s choice for 2017’s Heritage Award: Lidia Pérez, Cynthia Pérez and Sylvia Orozco.

Since 1983, Sylvia Orozco has been producing Mexican-American cultural programs and multimedia exhibits in downtown Austin, starting with the Día de los Muertos festival, and in 1984, establishing Mexic-Arte Museum, alongside Sam Coronado and Pio Pulido. In 1988, it moved from the Arts Warehouse space, known originally as Galería Mexico, at 300 San Antonio, to its present home at 419 Congress and receives approximately 75,000 visitors annually. The beloved Viva la Vida, is the largest and longest-running Día de los Muertos celebration in Austin. 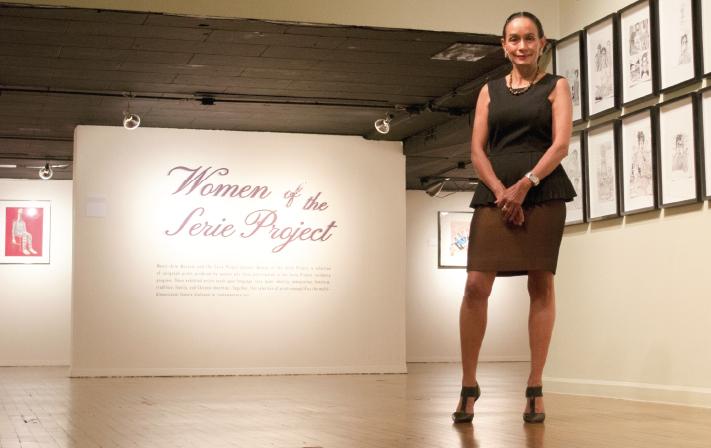 Ms. Orozco is the daughter of a boot-maker from Guadalajara, and her mother was a community organizer and crafter. Even as a young girl, Sylvia was a collector – using found objects to make art. In the mid 1970s, she joined the Chicano student movement, lending her artistic skills. You can hear more about her early days in this interview, and see some of her paintings here, and hear Ms. Orozco educate us on some lost Latino downtown history.

Among her many honors, in 2007, she received the Ohtli Award from the Instituto de los Mexicanos en el Exterior of the General Consulate of Mexico and in 2009, was selected for the Austin Arts Hall of Fame.

In 1981, after a few years selling tacos from a stand on the drag, sisters Cynthia and Lidia Pérez opened Las Manitas on Congress Avenue, before any serious rehabilitation was taking place downtown. Soon after, they opened La Peña, the South-American term meaning, “festivals where local artisans gather to share art, music, poetry, performances, and social commentary.” Both venues became more than just a restaurant (or a music venue) or just an art gallery, they became gathering spots where folks came to share, just as they had imagined.

Raised in San Antonio, with seven siblings, by pecan shellers, “community” was in their blood. Their parents opened a bakery and corner store, which became the de-facto community center. Their mother took on the role of community godmother, helping migrant workers with their English, getting on a path to citizenship, helping with their finances and even marriage counseling. Like mother/like daughters, they too have become godmothers, especially to their staff.  “We don’t let them stay as dishwashers,” Lidia asserts. “We’re always coaching them, teaching them, promoting them up the line.”

It’s no wonder waitstaff at Las Manitas wore a T-shirt “bearing a collegiate-like crest for the ‘University of Rice and Beans.'”

Then the developers came…and the story of the struggle for Las Manitas (and their adjoining day care, Escuelita del Alma) became national, and the sisters, Comandantas in the fight. Austinites of all persuasions had come to see Las Manitas as “one of the places that makes Austin Austin.”  Austin definitely lost a bit of its soul with its passing, but the sisters fight on via La Peña, and through those they mentored that continue the struggle.

The sisters have been honored by a variety of groups, including the Hispanic Chamber of Commerce and AIA Austin – where, in 2016, they were named “Collaborators of the Year.”